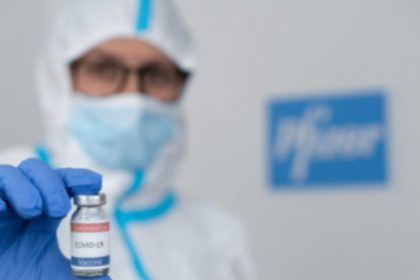 The global markets finished the first day of December in green, adding to their November’s sharp gains. The risk appetite increased from the positive news around the UK approval of Pfizer’s vaccine, the hopes for more U.S. economic-fiscal stimulus as well as from the expectations for a Covid-19 vaccine-led global economic rebound in 2021.

The British Medicines & Healthcare Products Regulatory Agency (MHRA) approved in early Wednesday the Pfizer/BioNTech coronavirus vaccine for use, with distribution beginning next week across the UK. This development had made the United Kingdom the first country in the world to authorize a coronavirus vaccine.

The American pharmaceutical giant Pfizer and its German partner BioNtech announced that they are ready to deliver the first doses of the vaccines to the UK immediately, saying that it is a historic moment in the fight against the pandemic.

The positive news from the UK is likely to be extended in the European Union shortly, as both Pfizer/BioNTech and Moderna announced on Tuesday, that they have applied to European authorities for emergency authorization for their Covid-19 vaccine candidates.

Pfizer expects its vaccine could be launched in the European Union as early as this month, though a European regulator clouded the schedule when it said it would complete its vaccine’s review by Dec. 29.

Also, Moderna reported on Monday, that it has also applied for a similar approval from the US health authorities, after full results from a late-stage study showed their candidate vaccine was effective by 95%, with no serious safety concerns.

Meanwhile, top U.S. health officials announced plans to begin vaccinating Americans against the coronavirus as early as mid-December once regulatory approvals are in place (probably until Dec 17).

All major US indices such as Dow Jones, S&P 500, and Nasdaq Composite gained more than 1% on Tuesday, closing near their record highs. The indices had one of their best one-month performance in November in more than 30 years, posting nearly 11% monthly gains.

The November rally was propelled by positive vaccine news from the pharmaceutical companies Pfizer/BioNTech, Moderna, and AstraZeneca. The vaccine-led market optimism has pushed investors away from the “safe-haven” assets (gold-treasuries) and into the risk-sensitive cyclical stocks and commodities (crude oil and industrial metals) that are likely to outperform during the reopening of the global economy in 2021.

The risk-on sentiment got an additional boost yesterday after the Republicans and Democrats lawmakers submitted a proposal for a second economic stimulus plan for the US economy. Investors expect the bill to be passed from Congress by the end of December or in the worst case, just before the elected Democratic president Joe Baiden take the control of the White House in late January 2021. 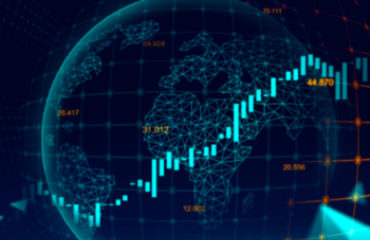