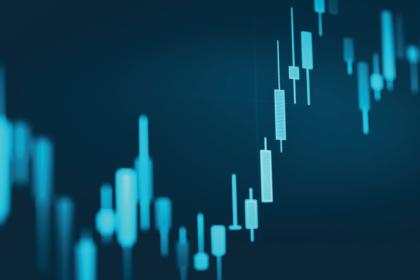 The biggest enigma over the next several quarters and, and perhaps years, will be inflation. In fact, weather we are talking about short term or long-term inflation, it’s the issue market participants will be required to wrestle with most.

Listening to analysts and pundits there is no agreement as to the inflation endgame. The debate on both sides is fierce, and both parties have convincing arguments. Central Bankers insist it is transitory, and so far, the bond market seems to agree (mostly).

However please note that dealing with inflation is something new to most market participants, especially fund managers. It has been several decades since fund managers had to deal with inflation, and very few of those that did, still manage money.

Monetary tightening sems to be on everyone’s mind. And while this tightening is still very vague, everyone agrees it will happen in some form. Initially at least, some form of tapering will happen (or so they say) and further on, we will get rate hikes.

Even assuming all the above happen, what is very different this time around is that negative real rates will still be with us (nominal rates adjusted for inflation). As such, this is not a typical economic rebound that we are used to. As such, investors need to adjust to a new reality, and that is one where yields will not rise by much in the face of an economic snapback.

Irrespective of what inflation does, there isn’t much Central Banks can do about it

If you recall, several years ago the Fed tried to raise rates in the name of inflation expectations. It did so to the tune of 2.5% and the U.S. economy and markets collapsed. So, if the economy was not able to withstand interest rates of 2.5% back then, how are today’s economies going to withstand the increase in interest rates needed to combat today’s inflation? The answer is they will not be able to. The US, Europe, and Japan cannot operate in a high interest rate environment. The main reason is that a significant rise will cause havoc for government budgets, debt to GDP metrics, and in most cases higher rates will trigger a recession.

In other words, even if we assume raising interest rates is the solution to fight inflation (a view that I do not subscribe to), it is impossible to raise interest rates to levels needed to fight today’s inflation headline numbers.

So, while Central Banks talk about tapering and higher rates (AKA normalization of policy), I am personally talking the rate hike talk with a huge amount of salt. This because economies will crash and burn with much higher rates, and that is not a Central Bank mandate in any country.

1. Economies are more leveraged today than they were just several years ago.
2. Individuals, companies, and governments have much more debt that needs to be serviced.
3. Markets have a much higher multiple than almost any time in the past.
4. Real estate prices are elevated all over the world.
5. Economies are snaping back, but there has been a lot of pull forward demand
6. Concerns about growth in China
7. A higher Dollar is bad for global growth

The big risk to economies and markets are higher rates. If we do see much higher rates, all my above worries will be triggered, and the outcome will be brutal. Central Bankers know this, which is why they are being vague about normalizing monetary policy, and refrain from saying when rates will “takeoff”.

Please note that while inflation is a concern, a collapsing economy and a bear market in equities is the lesser of two evils. As such, Central Banks will probably do more talking than acting when it comes to rates. Central Banks know all too well higher rates will do a lot of harm to economies and markets. And personally, I just don’t think this is what they have in mind.

So Central Banks will continue to assure markets they are committed to fighting inflation, but it will not act upon these commitments. But even if we assume Central Banks raise interest rates substantially to alleviate inflation concerns, they will probably lose.

So, what should investors do?

Overall, economies are still growing fast with fiscal and monetary policies still supportive for risk assets. However, investors must not be complacent. There are far too many things that could derail the current global economic recovery. There are still many potholes on the equity yellow-brick road.

My two biggest concerns are elevated equity valuations (especially the US), and the strengthening dollar. Especially insofar as the later, a stronger dollar means that there is either a dollar deficit in the world, or investors are buying dollars as a safe-haven trade. In both cases this is not good for equities.

However, to the extent that Central Banks don’t make a major policy mistake – like tightening too fast, or more than needed – equity markets should continue to offer better returns than bonds. It’s also important to remember that diversification is very important in this environment. Investors need to diversify across asset classes, geography, and sectors.

U.S. stock indices fall further ahead of their worst year since 2008